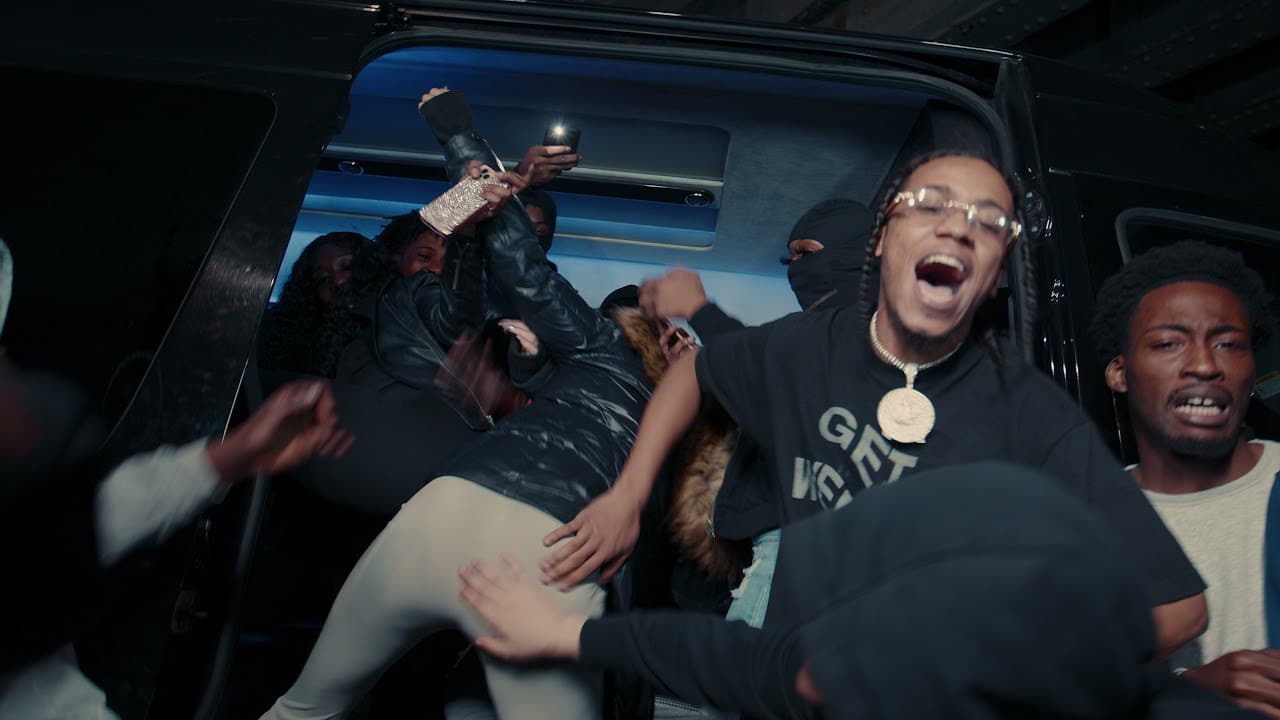 Bam Bam did a fantastic video for Criminal. The premiere of this video was on November 24, 2021. During this time, his official video was watched by over 90 thousand people. The rapper made a solid and impressive video that the audience liked. The visual is on the Bronx Menace’s official YouTube channel.

Bam Bam made an energetic visual that is full of brutal content. In collaboration with Upstate GroOve, the rapper gathered the crew and made one of his best visuals. The rapper, along with his armed crew, fired off rhymes with a lot of passion and fully conveyed the emotion of this song. Bam Bam, in this song, wants to show the luxury that goes with a crime by showing a luxury car, expensive jewellery and many other details. With visual effects

And if you can see the use of weapons to a large extent in this visual, Bam Bam, with his production, emphasized at the beginning of the video that it was all strictly to record visual content.

Bam Bam is recognizable for his singing style. The young rapper has a rough and powerful voice that is immediately noticeable as soon as he starts singing. But, in addition to his distinctive voice, we can freely say that he rocks how well he shoots rhymes and how brutally good his drill is.

The music accompanies the text of the song and the visual presentation, so in the background, we can hear a dark melody on the piano that is repeated and creates a dark atmosphere.

The popularity of this song is also growing on the TikTok platform, where several hundred videos can be found with this sound.

Bam Bam recently introduced himself to the audience when he published his first video on his official YouTube channel a year ago. The song TACT has received over 20 thousand views on his channel. After that, this rising star worked hard on new projects and released several more fantastic songs. We can notice that the song Criminal is his best project so far.

The rapper has done several collaborations so far, but his last collaboration was with TTS Tana for the song Been On Hots. He published this visual a month ago.

On his Instagram profile, Bam Bam mainly publishes music and shares details of his new projects with his followers. His popularity is also growing on this platform, and he already has over 11 thousand followers. In addition to music, on the rapper’s profile, you can also see brutally good photos while filming his official videos. Follow the Bam Bam profile if you want to see more exciting content.

Click the link below and check out the Bam Bam song Criminal. Please write in the comments how you like this visual and if you have had a chance to hear this song before. If you want to listen to more Bam Bam songs, visit his official YouTube channel, where you can find all his music content.