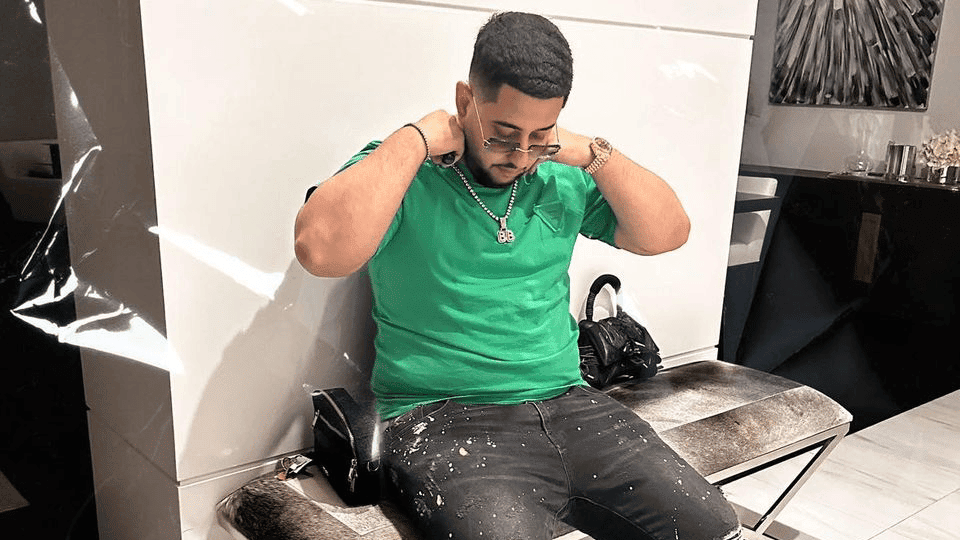 Bavaro Beatz, A Producer from Toronto

Hip-hop is a universal music language. The appeal of this genre is deep within the 808s, the snare hits, and each high-hat. Simultaneously retaining its roots of development in America, it has spread its essence to Canada, Europe, and beyond. We are shining the spotlight on Iranian-born and Canada-raised producer Bavaro Beatz. Certainly a legend in the making, Bavaro has been leaving his mark throughout the rap scene, showing absolutely no signs of slowing down.

Originally born in Tehran, Iran, the young musician made the move with his family to Canada when he was in grade 6. Canada is the artist’s current residence, but it wasn’t where he was first introduced to the idea of music making. At an early age in Dubai, the producer was already developing a deep set interest in the genre of hip-hop. Specifically, Bavaro took to the drums when he was only in elementary school. His percussive basis of musical understanding has no doubt contributed to the style of beat he creates today.

From the drumkit the artist made the switch to DJing as he grew up. From there it was an easy jump into first production, then full on audio engineering. Throughout the process, Bavaro’s parents have always had his back. “Even when it was risky, they still supported,” Bavaro says of his family. About 6 years ago, he began to seek out local talent and put his beats in front of them. This approach worked well for him, as he still is working today with major artists.

His first few placements were with local artists in his community, CasperTNG and Kmoney. Easily creating bangers with these rappers, word traveled fast on Bavaro’s skills. As a result of his hustle, massive names like Duvy, Smiley. Burna Bandz, and Northsidebenji all sought out the producer, who now has placements with each of them. Recently, Bavaro has found himself working with up-and-comers Lil Tjay, Vory, Calboy, and Yung Bleu who are all making waves in the scene.

You can get a feeling for his production style on his much celebrated track “Keep Runnin’” with NorthSideBenji. Firstly, the engineer begins the beat with dramatic piano chords that create a tone of intensity from the outset. Benji’s initial rhymes come absolutely drenched in reverb, adding great depth to the track. A lead piano line dances over the instrumental as the drums come in, each hit of the 808 seeming to come in at the perfect place. During a key moment of the song, the phrase “Keep Runnin’” comes in on the left side and brings up the energy one last time for the finishing verse. It’s easy to see why the song has hundreds of thousands of plays.
Bavaro can be found on Instagram, where he is currently celebrating a Juno nomination for some of his latest work. Inspired by the likes of Zaytoven, Metro Boomin, and Young Chop, the producer is out here to keep making music to the very end. “Music is a a part of me now,” he says “I enjoy it way too much to quit”.

Related Topics:Bavaro BEatz
Up Next

Rico, A Producer from Brampton

JayOnTheJuice, A Producer From Toronto