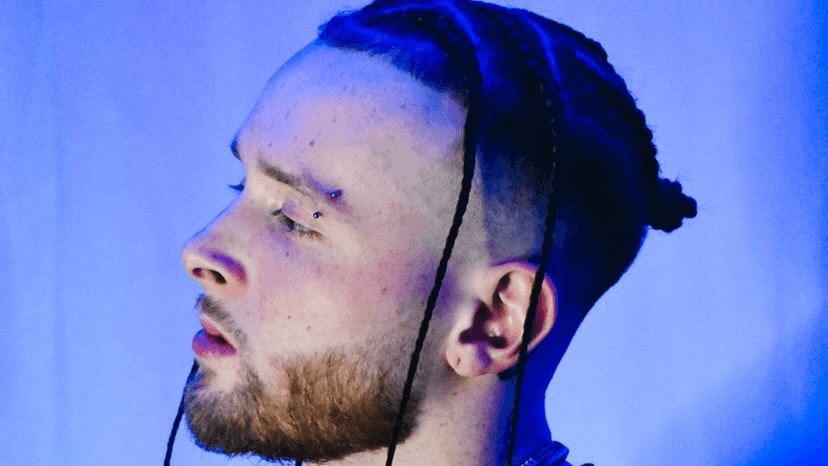 Some people fall into music production as a natural progression of their interest in songcraft. Others begin their journey as an artist and find love for the behind-the-scenes aspects of music making. Others still, like our spotlight today Ethan Frost, come as a combination of the two. Working as an artist himself and recording for many friends and musicians in his world, music production is now the lifestyle that Ethan leads. One that he plans on doing for years to come.

Growing up in Oakville

This young producer was born in Toronto originally, but describes spending a memorable childhood in Oakville. His parents separated at a young age with his father living in various neighborhoods throughout Toronto, but his mother always stayed in Oakville. Since Ethan spent the weekdays with his mother, this was where he felt most at home.

Ethan describes an extremely close relationship with his mother and younger brother. His mother was something of a mother to the whole neighborhood, letting friends of the young Frost live with them during different periods of their lives. Ethan would even run a full-blown studio out of his bedroom, with up to 20 people being in their house at a given moment. He says that his mother was aware he was running with the wrong crowd, but always gave him room to grow and figure things out for himself.

His father and himself did not have a close relationship, but always made an effort to be in the picture and maintained a good relationship with his mother. For this, Ethan says he’s very grateful to him. In his younger days, Ethan’s father was a music lover and stage pianist. But despite this musical common ground, neither Ethan nor his brother could connect with their father easily.

Frost’s younger brother and himself were quite close in their youth, but as the years went on the two saw less and less of each other. His brother being in university while he was staying home meant there was physical distance between them. Ethan, his brother, and his father have all become closer as they grew up, with his brother now living in San Francisco. 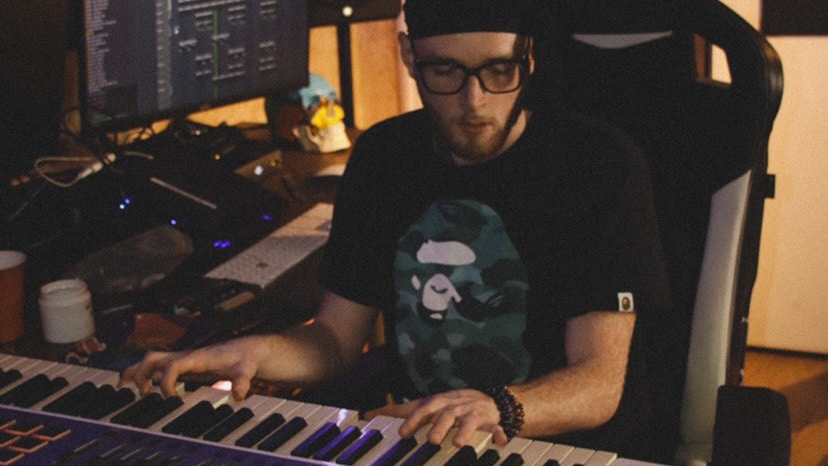 The first time Ethan was truly exposed to the world of music was in his early childhood with his father. Sitting at an electric piano, his father would play songs from the 70’s and 80’s as a way to bond. His mother was more into heavy metal, rock, and pop and always seemed to have something on the radio. Car rides with her had Ethan letting loose and singing his heart out as they drove to school. Ethan says it really gave him a “supercharged” feeling singing like that, the type that comes when you see a “total translation of energy into sound”. From these early moments, Ethan’s love of music was set in stone.

Thinking back to these days, his earliest loves in music became some of his biggest influences. Blink-182, Greenday, Iron Maiden, and Backstreet Boys were all in regular rotation in his mother’s car stereo. While his taste changed over time, this was the music that he listened to prior to entering the industry and thus holds a special place in his heart.

With music being such a big part of his youth, at 16 years old he decided to try making songs for himself. Beginning with an engineer, Ethan eventually transitioned into recording himself. With a stack of books holding up a cheap podcast mic, he started to lay down his first few tracks. Eventually, through savings earned at his restaurant job, he was able to afford some proper gear. This was when he began to record friends in his bedroom studio. Talented at his work, at 18 years old his client base was large enough he could quit his restaurant job and pursue music full time.

Throughout years of making tracks for his artist project, his friends, and clients, Ethan began to make a name for himself in the hip-hop scene. His first big success was producing the song “Touch You” for the artist Roy Woods. Listening to Roy throughout highschool, making a song for the artist was something of a dream project. At this point in his career, Ethan had worked with most of the city on tracks. But as Ethan says. “Nobody had me starstruck like him”. Now, Ethan holds a strong relationship with Roy, with several unreleased projects produced and engineered by him. 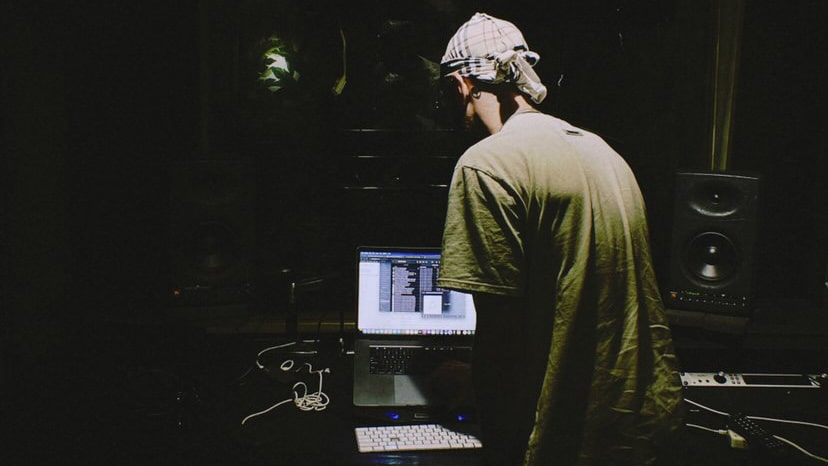 Music as a Lifestyle

Ethan’s career as a producer is still going strong to this day, with a deep passion and love for the craft running through his veins. “If you are in this industry you know it’s not all sunshine and rainbows” he says, but working with genuine creatives and industry professionals has made it all worth it. To him, discovering new talent and molding new sounds in his city is what he lives for. Ethan Frost works to bring out the beauty and sound that is buried within artists just below the surface.

Music has become Ethan’s primary source of income, which he says is a blessing. “Without the income flowing it’s very hard to stay consistent and keep pushing” he says. “Success [in this industry] is as you make it”, stressing that you should dream big in the world of music and never set your ceiling too low. “I definitely have goals, but no expectations of where they will take me, all I know is that I’m here for the present and the journey ahead”.

The energy and people within the industry have changed Ethan’s life, setting him on the path of music through hard work and determination. He’s looking to enjoy life today and keep dreaming of that bigger future. With so much work under his belt, it’s plain to see why he’s become one of Toronto’s leading producers. Check out Ethan Frost on Instagram to see his latest projects, keep locked in with this rising engineer while he continues to grind his way to the top.

JayOnTheJuice, A Producer From Toronto

Genie, A Music Producer Out Of Mississauga