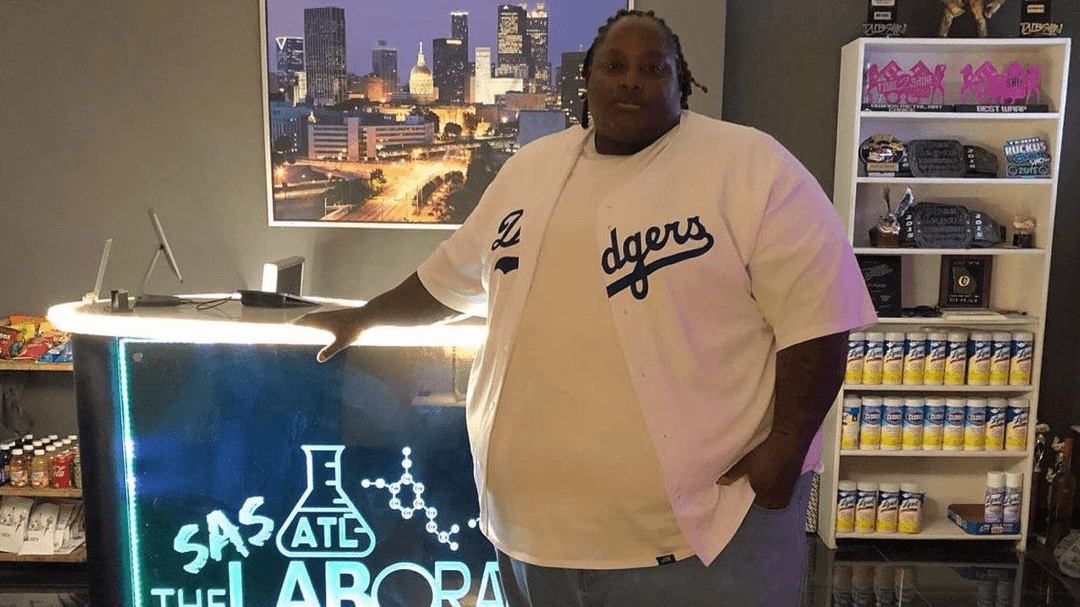 Hip-Hop production creates a unique playground for an artist to explore. The textures of rap beats have evolved throughout the years into more and more complex soundscapes and brutal basslines. For 808Hanna, production has completely become his lifestyle, honing his art and becoming a true professional in the genre over the past few years. Altogether a true talent in the game, this skill is why he is in our spotlight today.

Growing up in Brundidge, Alabama, 808Hanna had what he describes as a “family [like] any other”. While there were of course issues, they were overwhelmed by the love the household had for each other. His earliest exposure to music was on Saturday mornings in his home. Therein, his mother would be cleaning and doing chores while dancing to the likes of the Temptations, Gap Band, and many other classic musicians. His father on the other hand used to play guitar all the time, with a deep love of Jimi Hendrix. Both parents left a big musical impression on the young producer.

808Hanna’s influence comes from all throughout the music world. Great artists like Prince, Jimmy Jam, and Terry Lewis all colour the sound he would grow into. Amazing producers like Drumma Boy, J.U.S.T.I.C.E. League, and Metro Boomin have all also come into play for the shape of his sound.

In 2009, 808Hanna was introduced to a piece of software by friend and fellow producer Rocketman. That program was FL Studio, a DAW that 808Hanna fell in love with and continues to use to this day. His first demos were recorded in Montgomery, Alabama at Mixology Studios. Working with mixing engineer Bao Pham, he began to develop his signature trap sound that is now his bread and butter. Just over 5 years ago, 808 started to collaborate with artists all throughout the hip-hop scene. Word spread fast of his talents, and he has been making music ever since.

While there is no shortage of great tracks 808 has been a part of, he still remembers his first real taste of major success and the many artists that followed. The big placements early on included hitters like CasperTNG and K Money. These then snowballed into larger names such as Duvy, Smiley, Burna Bandz, and frequent collaborator Northsidebenji. 808Hanna is still killing placements today, with artists like Lil Tjay, Vory, Calboy, and Yung Bleu.

Fully enraptured within the music world, 808Hanna has taken hip-hop production and successfully made a career in the game. You can catch up with him on Instagram if you want the latest on what this producer is up to. “Music is a part of me now, it’s like therapy” says the artist, “I enjoy it way too much to quit, especially with how far I’ve come”.