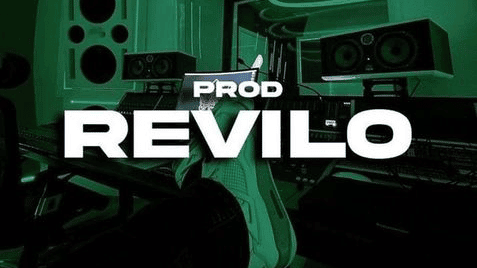 Starting your journey with music can take many forms. For some, it’s an early guitar or piano lesson as a child. For others, it’s a long-forgotten record collection in the basement and an old vinyl player. But the case is the same for everyone who gets involved in the craft: once you dip your toe in this world, you’re hooked! The producer in our spotlight today, REVILO, has gotten his hands in the music game early. Production is already a cornerstone of his life, and likely will be for some time to come.

A native to Melbourne, Australia, REVILO describes himself as the Australian Metro Boomin. His gliding 808s coupled with drill-style percussion takes much influence from the well-known producer. REVOLIO takes a unique take on this style of production, with cascading high-hats surrounding a sample usually placed far in the back of the track. The vibe keeps the ethereal feel of sample flips without sacrificing the hard pump of modern hip-hop drums.

REVILO’s household was always supportive of his musical talents growing up. While the passion for songs didn’t run in his family, they always had his back as he pursued beatmaking. His first few instrumentals were produced for the singular purpose of wanting to collaborate with rappers. Money held no interest to the young artist, his only goal was leveling up rhymers that used his incredible beats.

The first big success REVILO felt was when he hit the 10,000 viewer mark on YouTube. It was surreal for the young producer to see so many people experience his music, and it left a lasting impression on him. Another big moment in his career came when he landed a placement with the talented Justin Rarri. At the time, he had yet to work with an artist who was on Justin’s level, so to break through to this tier of rap music was a big moment for the producer.

A great example of REVILO’s keen songsense is in the track by Ciggy Black “Free Demons”. The female vocals of the sample are pitched up and pushed through some frying distortion. But despite the heavy processing, they are put far back in the mix where they are almost a purely atmospheric element. Ciggy takes his usual hardcore style over the absolutely destructive kick, which is insanely loud on the song. When the rest of the elements drop away leaving only the sample, kick, and Ciggy, the producer’s chops are on full display. With minimal elements. REVILO creates the ideal drill beat.

On Instagram, REVILO is always keeping his followers posted on his latest placements, projects, and happenings. Check out this young producer’s work and watch him closely, he is sure to grow to a powerhouse in the hip-hop world.