Bitch, I’m Big Carbon (yeah), don’t call me Kim, ho… You may have heard these viral lyrics on mainstream platforms like TikTok, but do you know the rising star behind them?

Everyone moves up and out. For Kimbrya McCraney, this is no exception. McCraney, better known by her stage K Carbon, is a female rapper and writer in Memphis, Tennessee.  Born on August 7th, 2001, K Carbon is a young female artist who is paving her way in the industry.

K Carbon started to take her artistic career more seriously around 19, during the pandemic. K Carbon’s father recognized her talent and pushed her to pursue her interest in it. After two short years of building her flow and trying new techniques, she took her skills to the mainstream. Attracting the likes of former high school friend Pooh Shiesty, who signed carbon to his CGE label.

K Carbon broke into the industry fast, building momentum by doing multiple features early on in her career with fellow Memphis rappers Aleza, Gloss Up, Glorilla, and Slimeroni. Songs like  “Hot Potato” and the viral single “Shabooya” were released in October 2022. These on-brand features brought K Carbon to a broader audience. 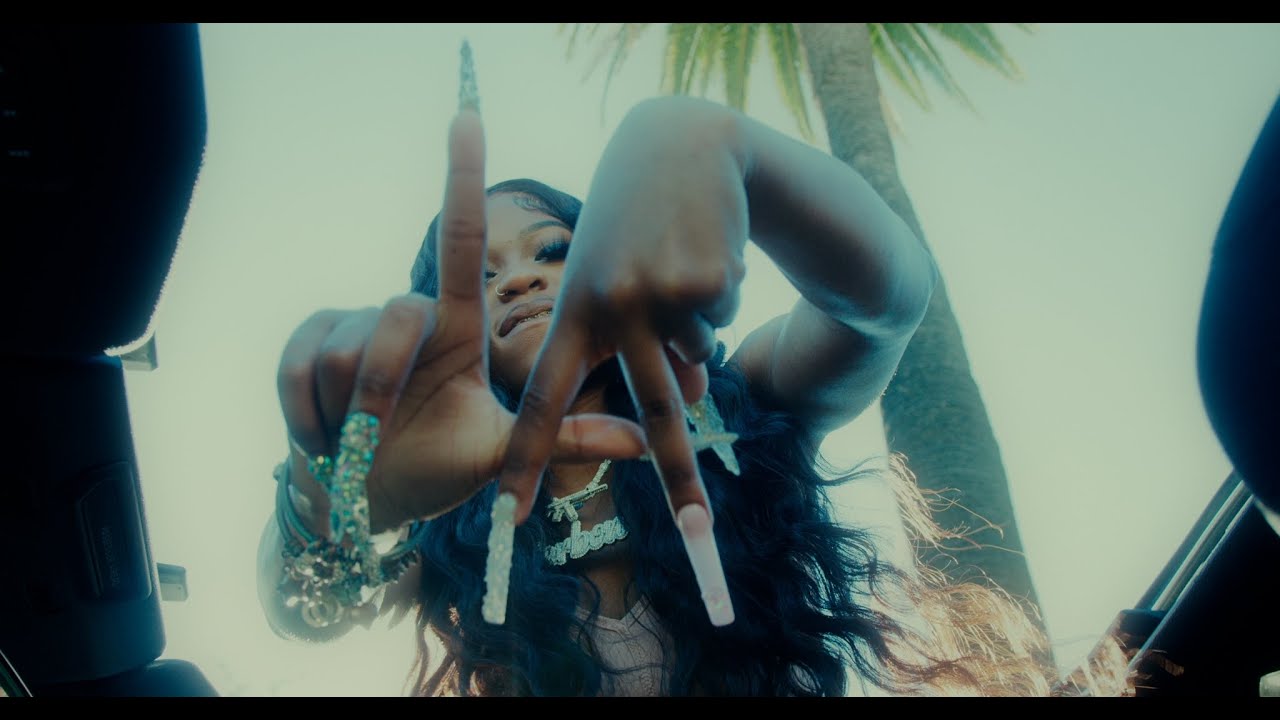 Carbon’s fashion, aesthetic, musical persona, and rhythm have made her a rising star amongst her core audience. K Carbon’s lyricism in First Day in LA is hard-hitting; the song follows differently than her other singles as she fluctuates between synths. This shows tremendous growth and training in her ability as a rapper, as it is not easy for a rising artist to alter their pitch for intensity, duration or frequency when delivering quick cyphers.

Carbon’s voice is like no other, with a deep undertone projecting outward to her listeners. Her tone and lyrics demand attention: “He knows I be shitting on bitches/But he still gone eat my butt,” Carbon raps as part of her hook in First Day in LA.

The “First Day in LA” visualizer can be streamed on Youtube. The first 25 seconds are the most captivating; blink, and you may miss why K Carbon is considered one of the hottest rap girls to be on the up-and-coming.   In the music video, Carbon can be seen holding up her hands in a formation that spells out LA. Carbon portrays the “LA lifestyle,” walking out with a shopping bag, flashing her notable “Carbon” chain, and tweaking on an elevator.

Like K Carbon, The video is captivating, Carbon is seen standing on cars showing her power and stature, defining who she is and where she wants to go. Pushing her talent to the next level and a viral feature, K carbon is moments away from being the next big thing.