New York drill has another hot track on his hands with the release of Sha Gz’s “NEW OPP”. A crushing new foray into the hard hitting genre from Sha, the track is a stupidly heavy and aggressive venture from the rapper. Certainly one not to be missed, tap into this tune and see what this artist is made of.

Starting to release music in 2020, Sha Ek is blowing the scene away with his style and presence. His first release “Jet Li” is a great introduction to his style, with its brutal kick and Sha’s gritty voice. Following this, Sha dropped two more tracks in 2020: “Don’t Run” and “GLAHH GLAHH”. Finding his voice easily through the steady release of tracks, songs like “Talk My Shit” parts 1,2, and 3 prove he is a force to be reckoned with in the scene. Given that “NEW OPP” is Sha’s 9th single of 2022, he shows no signs of slowing down.

The video rollout for “NEW OPP” has not been smooth for Sha Ek. After trending to number 11 on YouTube, the visual has been flagged and taken down multiple times. Given that Sha Ek is 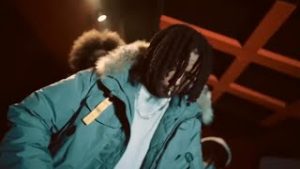 He Lacking? Run Him Over

Production by soumadethis makes this track go as hard as it does. The sample feels like it’s fighting to be unleashed with every loop, the massive 808s exploding underneath. Sha Gz spits brutal, violent bars throughout the record. His lyrics call out individuals by name, with terrifying lines like “fuck a drive-by, Imma get closer”. Likewise, Sha’s delivery is just as killer as the lyrics. Empowered by the rough texture of Sha’s voice, this song screams with energy and insanely powerful knock

Weirdo Motions directed the video for “NEW OPP”, bringing impressive edits and fresh style to the project. Sha is on the streets of New York late at night, rapping at the camera with a team dancing all around him. Undeniably magnetic in the way he carries himself, his charisma empowers each bar with even more intensity when combined with the visual.  In general, the flashy transitions and impressive camerawork make for a thoroughly entertaining video.Sha Ek is found on Instagram, where he posts about his latest releases and projects constantly. At this time, “NEW OPP” can be heard on all platforms. Give it a listen to see exactly what kind of heat New York drill has to offer.

Related Topics:Sha Gz
Up Next