Coming from the streets of Rexdale, Toronto, Ontario is Moula 1St with a new track titled “Drownin.’” Since starting to release his music online in 2010, the artist still hasn’t seemed to have caught his big break yet, although his song “We in Da Hood (Remix)” helped him gain traction in 2011.

The rapper’s music releases in 2020 have been considered consistent as he released four albums in the one year. “Drownin” is present on his first album of 2020 Revenge as well as the deluxe edition. The track features rappers Pilla B and Pyrx – who Moula is personal friends with and has teamed up with on previous songs.

Released on December 27 2020, the music video shows the three rappers in various spaces in a minimal apartment. Throughout the video Pilla B holds and drinks from a gold champagne bottle. Moula takes his verse from the apartment’s balcony, at one point getting reckless and standing on a tall window sill – not sure how he got there. Pvrx raps from the couch and later a bed, a girl in a black thong dancing around him but appearing nowhere else in the video.

Pilla B also gives a shoutout in his lyrics to late Los Angeles Laker’s basketball player Kobe Bryant and his daughter Gigi, whose sudden deaths shocked the world at the beginning of that year:

Fans seem to bump with the track, excitedly hoping to see the artist’s feature on a mainstream song soon. With his consistency and hot tracks there’s no doubt Moula’s future seems promising. Stay updated on new releases and listen to Drownin’ on Spotify and YouTube. 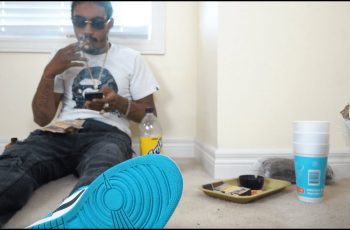 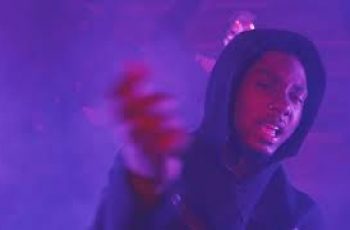