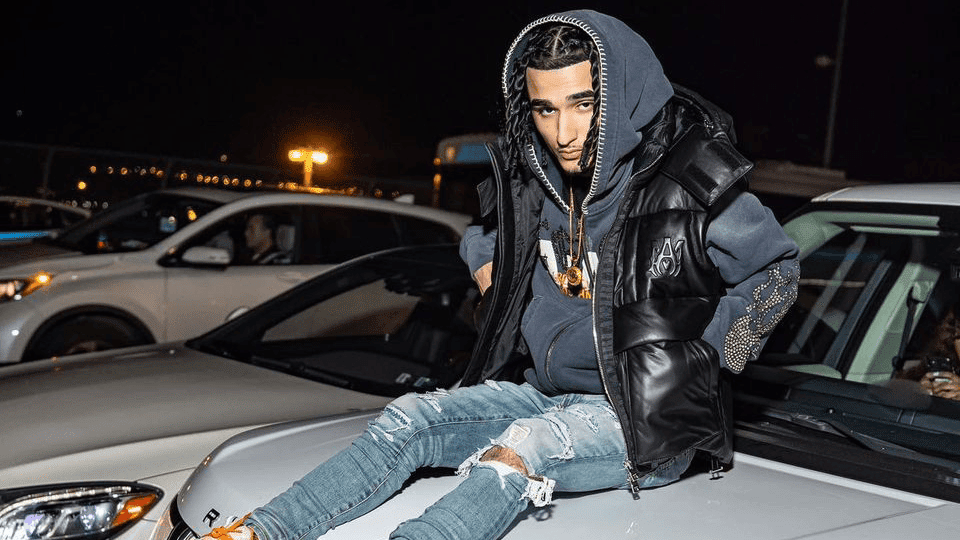 East coast hip-hop brings with it a certain element of power versatility that breaks away from other forms of the genre. Drill in particular takes on a distinctive form when it comes out of the east coast. Put on full display are the gritty and vile streets of these tracks that bring out a feeling you can’t get anywhere else. Certainly bringing his own spin on the music, Ameen POW is a drill artist from the east coast. Ameen POW is poised to take drill music by storm with his high energy and textured vocals.

Born originally in Yonkers, a hotbed for talent through all eras of hip-hop, Ameen grew up amongst an incredibly supportive family. During all periods of his life, he could always count on the support of his mother and father. He cites his dad in particular as the source for his original music inspiration. Together with his father, the two would listen to classic records which were no doubt where Ameen drew his earliest influence.

At just 11 years old, Ameen caught the urge to create and began to lay down tracks of his own. Though of course none of these songs are still available, they were crucial to the development of this young artist. Inspired by Boogie Wit Da Hoodie and XXXtenacion, Ameen’s early start to the grind was something he would not let go of.

All the years of songwriting and work did pay off in the end. Firstly he saw big success with his track “Fuck Times We Had”. The song was made in collaboration with JuJu, JayHollywood, and Eli Staxxz. A music box melody carries on throughout the record, creating the image of childhood and youth. Without delay, the 808 begins to drive the song and leaves a deep pocket for each artist to hit. Each artist brings their own unique flare, from emo-rap sung vocals to hard bars, the variety throughout the track make it easy to see why it has over one-hundred thousands views on YouTube.

But despite “Fuck Times We Had” being one of his biggest, the spot for Ameen’s favorite track is eclipsed by another record. “Come Thru” came out just over a month ago, featuring a hardcore verse from FemC Shani Boni. The aggressive Jersey-style kick comes non-stop throughout the song, with a vocal melody in the background creating a unique vibe. While it hasn’t blown up yet, the high regard Ameen holds for it is easy to see.

Enveloped in his love for the craft, Ameen POW has no plans to ever leave music behind. Indeed, for most artists once they have started making music it becomes a healthy addiction. “I still make music for the love and passion,” says Ameen, “I started, I might as well finish”. With mountains of releases on the way, we at Croxxings are eager to see where the rapper takes his craft. You can tap in with Ameen POW on Instagram to stay up to date with his latest drops. His newest single “D.G.A.F.” with Swervo Flocca and Moe Amiri is out now on all platforms.

Related Topics:Ameen POW
Up Next