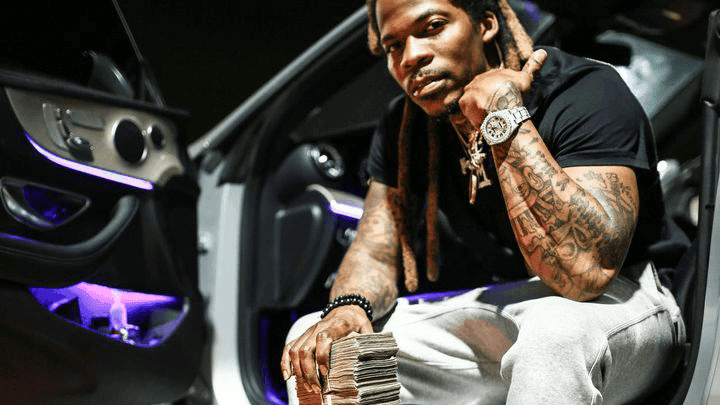 The personal nature of rap is just one of the many things that can connect a fan to the genre. From hard bars of life on the streets, to songs of love and loss, rap can mean so much to an individual listener. Indeed, Young E Class is no different in his connection to music. Turning the pain from his life into absolutely hard-hitting banger tracks, Young E Class has taken the art of trap to new heights with his incredible sound.

Born on 13th Street in Washington, DC, Young E had a tight knit family growing up. Their mutual struggle for survival in the hood was what brought them together. His father grappled with drug addiction throughout Young E’s childhood, with his mother doing the best that she could in the face of all their challenges. In light of all the hardship Young E still speaks fondly of his grandmother, whom he describes as his “love provider”. He was also quite close with his cousins, who were as tight knit as brothers.

Hip-hop came into the young artist’s life early, when his parents would let his cousin come over to babysit him. His older cousin would be playing Tupac while he was watching over E, Pac being one of the biggest influences on the artist later in his life. Inspired by 2Pac and his other great hero Lil Wayne, Young E started to record in the 9th grade. Straightaway falling in love with the craft, the rapper created a makeshift studio in his bedroom where he laid down those early tracks.

Sadly, a rough turn of events came for the artist when he was only 15 years old. A murder conviction sent Young E to serve thirteen years in prison. Regardless of this hardship, it did not stop him from staying dedicated and consistent in music making. In prison he formed the label Mobish Records LLC with his brother Dutch. Though the records he cut while incarcerated were difficult for him, as the artist didn’t want his music “locked up with him”.

Released on October 21st, 2016, Young E Class made his first stop as a free man in the studio. Focused entirely on recording, the artist neglected food and sleep as he worked non-stop for ten days on his project. He capturing the energy and passion of this period in the aptly titled “10 Days” mixtape. In particular, “Carnage” is highlighted as Young E’s favorite track from the project. “Carnage” was the first one he recorded on the project, describing it as his first “free” lyrics.

Since the mixtape, Young E Class has been on his grind non-stop. Releasing four full-length albums and dozens of singles, the artist is ready to “eat, sleep, and shit music”. He has an intense love for rap and the way it connects people. Check out his Instagram if you want to keep up to date, as Young E always has something new cooking

Related Topics:Young E Class
Up Next