B.ROB will have everyone in their feeling this holiday with his new single and video release for ‘Treason” which debuted on December 11, 2022. B.ROB is an Independent Toronto singer, songwriter & rapper.

From a young age B.ROB was considered musically inclined, He harnessed his musical interest over time, by learning how to play several instruments. B.ROB is considered a versatile musician with a unique sound ability; ranging from R&B to Hip-Hop/Rap to UK Afro Swing & Dancehall.

With over 20 Thousand monthly listeners on Spotify,  one complete album released in 2021 called “Keeping Me Honest” and eight singles released since 2020, B.ROB is a Canadian artist making strides. Fans can keep up to date with him on his Instagram @B.ROB.EST where he posts interviews, live performances, new releases and more.

Inspired by Canadian breakthrough artists, like TOBi, Drake, and Weekend. B.ROB is pushing himself to elevate the sound that comes out of Toronto. 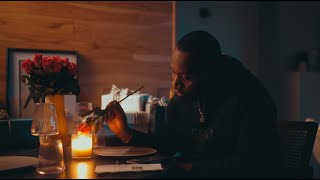 The new single and visuals for Treason debuted on YouTube. The imagery of the video is captivating, and emotional, sharing the story of an unexpected break-up, with a woman who he gave his all. The video takes the viewer around London, using day-to-night cinematography to express the changes in the emotions of breaking up and moving on.

The soulful singing and a strong backbeat share B.ROB’s feelings about the shocking reality of being left unexpectedly for a woman who likes to “Popped the tag on the Gucci the Prada, Fendi Balenciaga”.

The musical arrangements can be heard clearly throughout the single. Strong emphasis was placed on certain vocal arrangements, such as “It wasn’t a lifetime, was really just a season, In love with the lifestyle” B.ROB vocals are harmonious when transitioning between verse-chorus-bridge-etc.

B.ROB’s Treason is captivating and emotional. Telling a strong story that many listeners can connect to. B.ROB is definitely an artist to keep an eye on.