Manifesto 2021 Was A Eventful Show

Manifesto is a yearly Toronto event that has been happening for 15 years. September 11th was the celebration of its 15th year anniversary. This was a three-day event with three different parts to it. Besides the live performance by various artist there was also live screening, digital premiere, and digital screenings.

The event took place at the city view drive-in at 20 Polson Street. Thousands of fans/supporters were present at the event to show love to their favorite artist. The event was legally open to 19+ only and IDs had to be present upon entry. The gates opened at 3PM giving enough time for IDs to be checked and the event officially started at 4PM.

Manifesto is a community Project that is a non-profit grassroots organization working to unite, strengthen and celebrate Toronto’s diverse music, musicians, and arts community. They help to find innovative ways of working towards common goals. Manifesto has been growing into the largest and most unique festival of its kind over the years. This critically acclaimed Festival of the Community & Culture brings together hundreds of fans, artists and performers to showcase the city’s talented arts community and its strong standing foundations by building a collective sense of pride, hope and possibility.

The event was headlined by the amazing juno winner Savannah Ré and Toronto-based rapper/singer/producer Notifi. A late addition to the headlines was JID. JID is a East Atlanta MC who is signed to J.Cole’s “Dreamville” record label; other than being signed to a known rappers label he has been making a lot of head-waves doing features with pop stars Doja Cat and Dua Lipa.

The concert was preceded by a two-day conference on September 9th and 10th which included a talk by Miami-based production/song-writing duo Cool & Dre, who’ve worked alongside with Lil Wayne, Juvenile, Fat Joe, Beyoncé, Kendrick Lamar, Queen Latifah and so many other big names in American hip-hop and R&B music industry.

The summit also had sessions by dub poet and performer d’bi young anitafrika, 2oolman from electronic duo the Halluci Nation, filmmaker, and human rights activist Donisha Prendergast and American hip-hop historian and photographer Ernie Paniccioli. This conference was very informative and insightful. They spoke about working with artist, how things are run in the music industry, what to expect and even spoke about upcoming artist who are currently making a name for themselves.

The event was successful, and a lot of fans shared how much fun they had over multiple social media platforms. A lot of people believe that it was a great event since the pandemic happened and a lot of other events had been cancelled in the city; it was good to be outside to support Toronto’s very own. Everyone is looking forward to next year’s Manifesto Festival and hoping that the turnout will be even bigger and better. 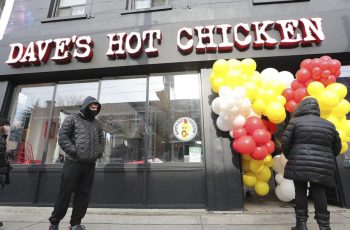 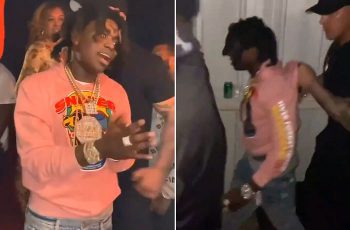 Kodak Black’s security grabbed him up rapidly in the wake …