PORTION IS ON HIS WAY TO THE TOP, DROPS A NEW SINGLE, “HELLA CLEAN. “

Portion is continuing to reach his goal of being one of the biggest rappers in the world by releasing hit song after hit song.

However, in this song, he reflects back to his hood and his everyday struggles.

He mourns his lost friends and shows us a glimpse of his life in the hood.

The Toronto rapper started the song with a nostalgic tune, then started dropping straight to the point bars.

This song has got it all, from the amazing visuals to dope bars; you won’t regret checking it out.

One of the lines in the song is: “I got demons on my mind, and I can’t seem to get enough, all these people show me hate but at the end, they show me love,” which expresses perfectly his current position.

If you want to hear somebody with a fresh new sound, don’t skip Portion.

Portion has been recently signed to Warner Music Canada, and he hasn’t stopped grinding since.

Portion says he takes his music very seriously because it is his job now, and real fans notice how much work he has put in.

His last song, “99 prblms” and “Wave,” are definitely his breakthrough hits, and they set them apart from other rappers in the game.

Check out the music video for “Hella Clean” above on this page.

Leave a comment below if you think Portion is one of the best Toronto rappers.

“My nigga turned a vulture,

from a snake that’s not my twin,

I done took too many losses in these streets,

I count my wins, I done signed to the streets,

Gotta ride with the heat.” 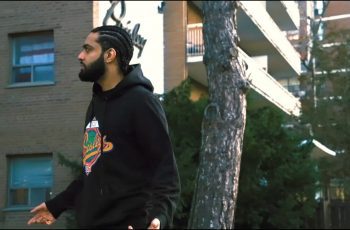 The Ontario based emcee is back with a new visual … 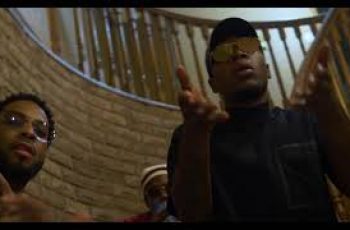 A MELODIC MASTERPIECE- ” ALL HER FRIENDS” FEATURING SICK PPL, …