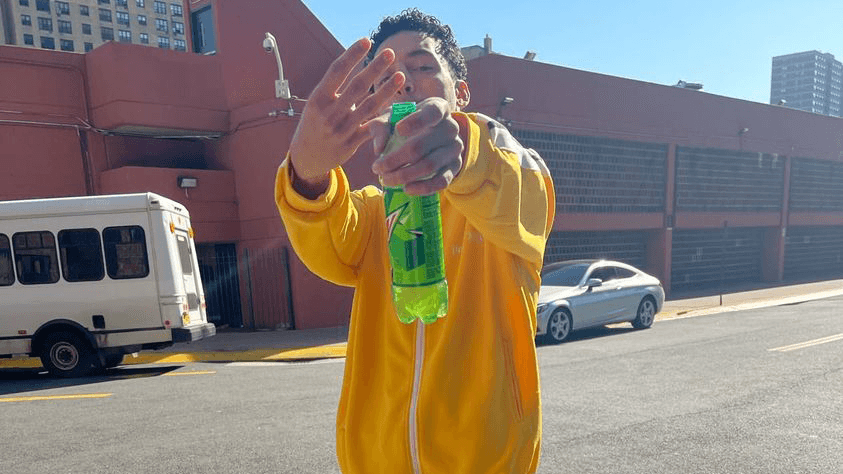 Spitting bars is a healing art, for both the listener and the rapper. Crafting rhymes is a therapeutic way of dealing with things you feel inside yourself, the result can be an emotional tack, a straight banger, or a little of both. Slim Butta is the artist in our spotlight today, a rapper with an aggressive style that still digs deep with his lyrics. His bars come from the heart and match the raw energy and passion with which he delivers them. Slim lives and breathes rap, grateful for being in that position today.

Brooklyn born and Bronx raised, Slim Butta grew up in a small family limited to his immediate relatives. His siblings Kenzo B, Chavii, and Bando were all raised by their mother. Like most siblings, the four of them tended to fight a great deal. The constant fighting led Slim Butta to eventually move away from home and try to make it on his own. He has strong feelings about the situation with his family, to him it felt as though they all supported Bando on his musical journey while Slim struggled with homelessness. But amidst this, he always felt strong love from his sister that gave him the grind and power he needed to pursue his career. With two children from two mothers, those early days were filled with struggle for Slim.

Music was always a part of his life growing up, being primarily involved with dance. He remembers his mom asking him to dance when he was a baby, and becoming a viral sensation on YouTube for his moves. Back then, his channel went by the name “litefeet” but his dance name was “hypestar” and that’s how he amassed a solid following. But dancing made Slim drained from the raw energy it used, he still wanted to pursue music but felt his level just wasn’t there yet.

Creating Songs from the Struggle

Slim says that his biggest influence has been his uncle, a man who experienced intense hardship and bad luck but never let life get the best of him. For Slim, his uncle is the person that keeps him stable. Musically, Slim looks to Meek Mill as an artistic inspiration. The struggle in his storytelling really resonated with Slim, and echoes in his music today.

His first real recording came in 2011 when he made a song for a Versace remix contest. Without a video or promotion, he was able to hit ten thousand streams on the quality of the track alone. But the successes began to pile up, meeting and performing next to artists such as Fivio, Bianca Bonnie and more. Young B in particular he highlights as showing much love to him early on.

With the arrest of his little brother, Slim Butta has found renewed drive to continue making music. He feels there’s much misinformation surrounding the circumstances of his sibling. So to continue his legacy and keep him in the game, Slim is pushing his career harder than ever.

Tap in with Slim Butta on Instagram to see how his renewed grind is treating him. Judging by his last few singles, the artist is pushing his rapping far beyond anything he has done in the past. With a new video dropping on December 30th, Slim still has plenty more songs to get out there.

Mali Smith, A Rapper From Brooklyn in New York