Blxst Couldn’t Wait For It with Rick Ross

On July 11, 2022, Blxst released the music video for Couldn’t Wait For It, featuring Rick Ross. Blxst is an American rapper, singer, songwriter, and record producer from Los Angeles, California. Blxst launched his music career in 2014 and progressively cultivated his identity as an up-and-coming artist. However, his career took off with his debut EP, No Love Lost, featuring the viral hit single Chosen, which prepared for a successful takeoff for his latest album, Before You Go, featuring Couldn’t Wait For It.

Couldn’t Wait For It signifies Blxst’s self-made story. While Blxst knows he’s in the limelight, he understands there’s a long way to go when he says, “I know I got more to prove. I wasn’t born to lose.” The chorus highlights Blxst hunger and ambition to become a successful artist, and he isn’t willing to back down because he “gotta be G.O.A.T approved.”

In the song’s first verse, Blxst compares himself to the late Nippsy Hustle, a rapper, entrepreneur, and community activist. This comparison implies that Blxst wants to be a contributive member of society because he understands his music “affects lives.” Indicating that he’s looking at a bigger picture. By the end of the first verse, the artist mentions who he’s grateful for because they were part of his come-up and allowed him to remain grounded.

Rick Ross goes into detail about his luxurious lifestyle in his verse. Rick Ross has been making music for about 22 years; thus, his success is anything but new, which he acknowledges when he says, “bottles still all black, clubs still all packed.” With that said, it can be said that Blxst looks up to Rick Ross as a mentor, given his experience.

A Black and White Past for a Colourful Future

The music video is directed by MadebyJAMES and produced by Sturdy. The video consists of Blxst travelling to Rick Ross’s house in a private jet and car. Throughout the video, we see flashback clips of Blxst working in the studio, performing at concert venues, and being surrounded by his support team, which is shown in black and white, while flashing forward to clips of the present moment in full vibrant colours. These back-and-forth scenes from Blxst’s past and present signify where he started as an artist and where he is now, indicating that his hard work indeed paid off. 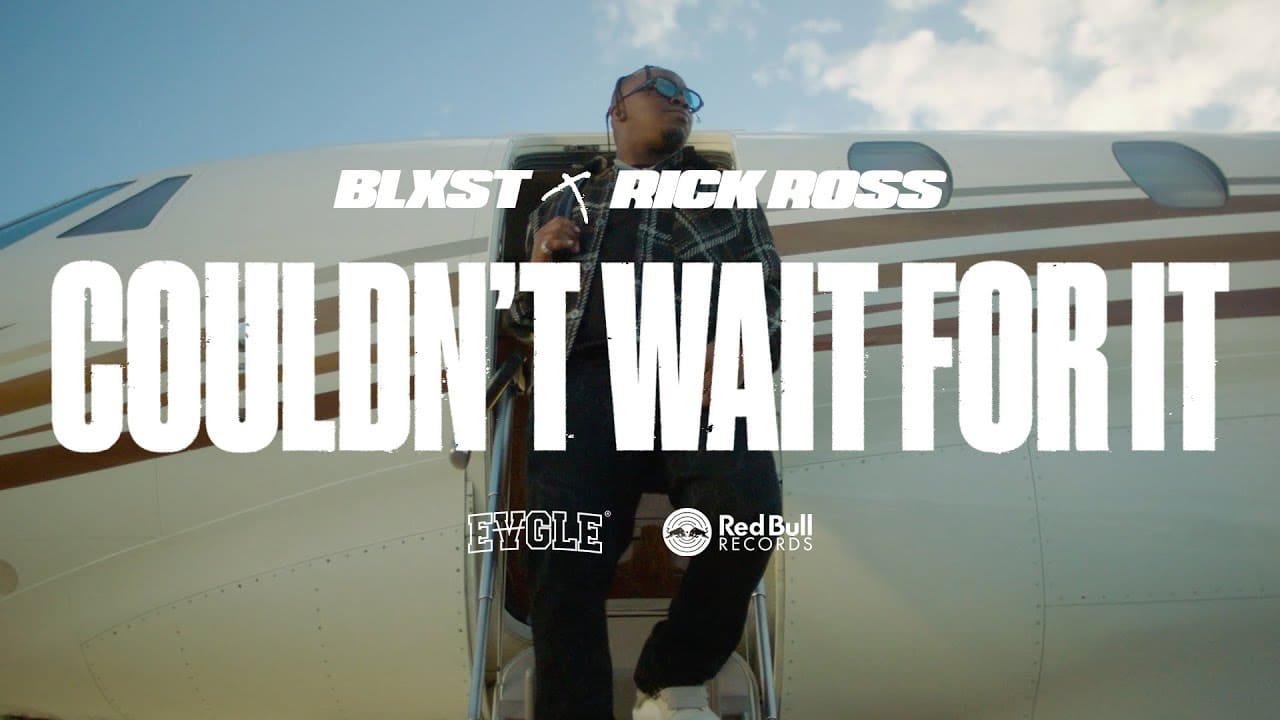 Blxst – Couldn’t Wait For It

Although Couldn’t Wait For It narrates Blxst’s come-up as an artist, it’s also a motivational piece for listeners to keep striving toward their dreams because it’s achievable. With that said, Couldn’t Wait For It is a vibe for any occasion! Give this song a listen by clicking the YouTube video linked above, and give Blxst a follow on Instagram.