For a while now we have been anticipating the release of “Certified Lover Boy” (CLB)by Drake. For months now drake has been promoting his album that will be released on September 3, this Friday. Drake has been putting in a lot of work promoting his album in his home in city Toronto. Chris has been sending his crew out to give a race free swag from his OVO brand and graphics relating to the upcoming CLB album.

Drake is known for releasing his album right in the beginning of summer. Most of his albums usually contain a hot or two that is constantly played throughout the summer and the year. His hits are usually called the “Summer Anthem”. However, due to the artist being impacted by the corona virus he was forced to push his CLB album back. Drake is now healthy and ready for his release date; the rapper spares no expense when it comes to getting a buzz and getting his fans excited about his new music and projects. Drake has even gone out to renting a major billboard real estate in Yonge Street Dundas Square; to continuously promote his highly anticipated album.

Tossing out T-shirts to unexpecting pedestrians on Monday night was a flame gesture compared to the flashy ads on the massive billboard screens at the well-known intersection which is Dundas Square. There billboards were plastered with lyrics from his tracks on the upcoming album. These included lines like “should’ve said you loved me today because tomorrow is a new day”, “something other than me has got to give”, and “I don’t miss, let alone miss you”. These lyrics have already made their way on social media and used in various memes and as caption under picture. This is exactly what the Rapper and his team wanted to happen for the album.

Drake’s billboards were a bit intimate but also allows intrigue. But if you wait around for a little while as the slides flip from one to the other you would notice Kanye’s ad for his album “DONDA”. Like Drakes billboards, Kanye’s are simple and bold, with just “DONDA” coarse and solid black capital letters on an unambiguous white background. Kanye’s album was released August 29th, despite the fact he stated his album would be released on September 3rd, the same day as Drakes “CLB” album.

It is known that Dundas Square is Toronto’s very own “Times Square”, and which makes it the most logical place for any artist to want to use it as a promotion tactic.  It makes a lot of sense that both musicians chose that location to promote their latest work. Due to social media the ostensible beef between them makes the timing and location of the ads even more interesting and intriguing to the audience and fans.

The battle of the sales is still on and fans are excited to see who wins. 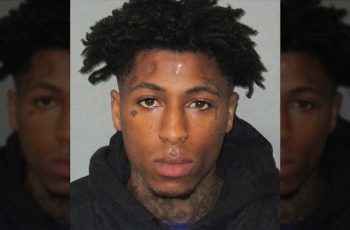 And so the plot thickens; 21-year-old artist NBA YoungBoy reportedly … 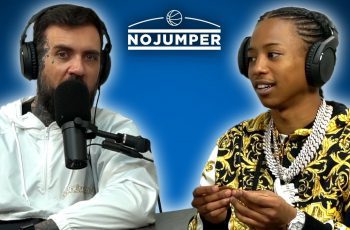 Quinton Armani Gardner was brought into the world on May …