Even though the song by Houdini originally came out in 2020,

His label surprises Houdini’s fans with a posthumous music video for the song “Part of me” on 10.4.2021.

After “Myself” and “Big Time” this song is on its way to becoming one of his most popular songs.

The beat of the song hits hard, and no one can deny Houdini’s skills on this one. At some point, you will be like “slow down man”. Houdini mastered his specific sound, and we are left with the feeling that he was just warming up.

The video just rolls with the track, which is not a coincidence because Houdini himself co-directed the video. The video has a Migos-like style, but with a hint of that Toronto vibe.

What happened to one of Toronto’s rising stars?

The unfortunate rising Canadian artist was killed in a mass shooting that took place in broad daylight in May 2020. The police are still investigating if the shooting was gang-related or not.

Dimarjio Antonio Jenkins, who was known to the public as Houdini, was only 21 years old.

The young artist wanted to remain independent as he earned the title “greatest underground Toronto rapper”.

We hope that Houdini’s team still has some dope songs in the vault, as it seems like the fans are still not ready to say goodbye to Dimarjio Antonio Jenkins.

“My niggas dead, they took a part of me

Know that the opps feel like they won the lottery

Claimin’ they hitta, but you ain’t even part of it

Cro caught a body, because of a promise”

If you want to take a look at Houdini’s last music video check out  the link below:

3M French teams up with YC$ for the new music … 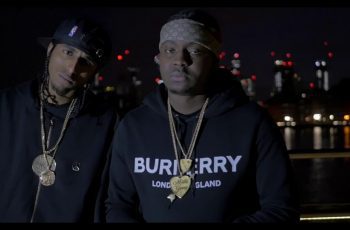 Toronto based 3M French and Bvlly collaborate to bring …