DUVY Drops Single “SOMEBODY ELSE”

Jane and Finch artist DUVY has dropped the video for “SOMEBODY ELSE”. This catchy and brutal hip-hop track is the newest single from the talented young artist. In addition to the hard- hitting bars, the record also showcases DUVY’s impressive melodic chops. Certainly, “SOMEBODY ELSE” is one song that you must listen to.

DUVY has released a steady stream of music for several years now. He began to drop tracks on streaming services in 2018 when the rapper was just 15 years old! Undeniably talented from the get-go, his first track, “Gotta stack it”, is an impressive showcase of his melodic sensibilities without compromising his ability to bar up. DUVY followed this song up with three more singles in 2018, eight in 2019, seventeen in 2020, and eleven in 2021. The rap world is starting to recognize his hunger for success, with artists like Drake and Meek Mill reaching out to show the rapper love.

2022 saw the release of DUVY’s first full-length album, “GRASSWAYZ”. The record comes as an elegy to his old neighborhood of the same name, with the building he was raised in recently consumed in a fire. Because of the difficult upbringing in Grasswayz, the LP is full of tributes to this hard way of life. “[Grassways] is a lot like every other neighborhood. It’s dangerous. There’s a lot of ups and downs. You see a lot of people change. But if you’re not from there, the only thing I would tell you is not to come here.” “SOMEBODY ELSE” is just as intense as the album preceding it, and  the 7th single released since that drop. 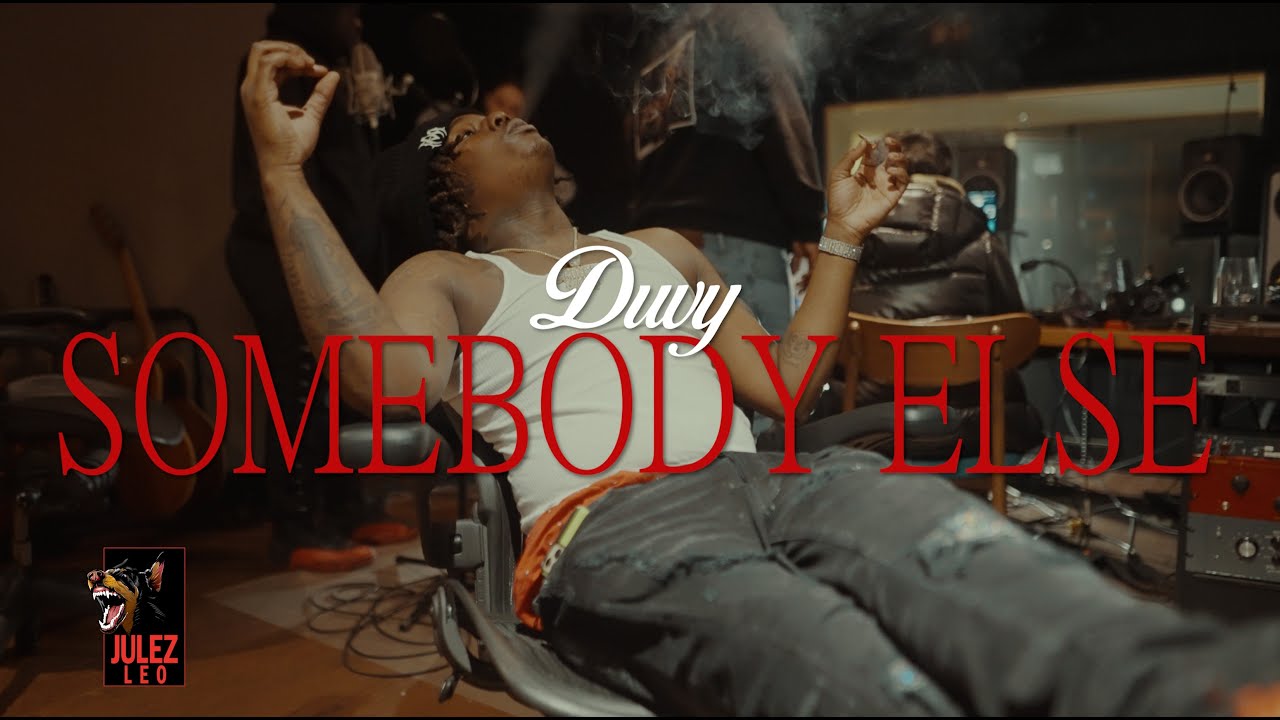 The tune has an intense forward drive throughout on account of the intense 808 pattern and choppy high-hats. The piano arpeggiates up and down dramatically under DUVY’s super hard bars. For example, “Playing with dope probably served to your mom” is just one of the extreme scenes DUVY paints in the song. “You want somebody’s help, not me, but somebody else” is the powerful hook to the tune. A completely impassioned track to be sure.

Directed by JULEZLEO, the video is an immersive look at the lifestyle DUVY raps about. The tone is set with an opening shot of cough syrup poured into Sprite. DUVY raps in an apartment holding a styrofoam cup, and in the studio surrounded by his team. An outdoor set as well featuring the artist rapping in front of an expensive white car. The contrast between the three locations keeps the energy up throughout the video, which is thoroughly entertaining.

DUVY can be found on Instagram, where he is currently promoting his new project, “How Did I End Up Here”. Set for a Dec. 17th release date, it promises to be an exciting continuation in the rapper’s saga. Till then, you can check out “SOMEBODY ELSE” on YouTube.