RONEY DROPS “ CAN’T GO BACK” FROM HIS UPCOMING ALBUM “ PAIN”

The track got some traction so far because it is expectedly good, as many comments say how underrated the rapper is.

Steve Kroeger and Colton Davis have proven to be a dream team for Roney as they do wonders with editing and producing his tracks.

They worked together on his tracks “ Coffin” and “ Designer Freestyle,” and they are definitely a part of Roney’s journey to success.

The song takes us back to the period when the bars were the most important thing about a song, and Roney sets it straight that his pen game is impressive.

The song has everything it needs to gain popularity, quotable bars, a good beat, and some dope visuals.

The Toronto rapper has been grinding for six years now, and he deserves to be noticed.

If you are looking for a dope beat to vibe with, check out “ Can’t go Back.”

The Parma Court rapper is set to release his new album on September 10th.

The letters “ P.A.I.N” stand for Psychological Aid Needed, hinting that this album will speak volumes.

Check out Roney’s new song “ Can’t Go Back” above on this page.

Let us know what you think about “ Can’t Go Back” and if you are waiting for the album down below.

“ Tie him up, he become hostage,

I don’t wanna do too much,

why would I say what’s up,

I can’t even take myself,

if somebody flames me up 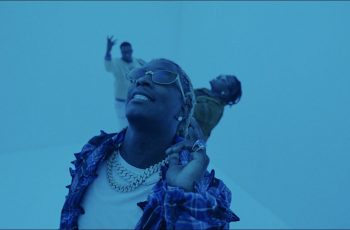