Jay Whiss Releases The Music Video For Mind In A Maze

Jay Whiss released the music video for his track,” Mind In A Maze”, on March 3, 2020. It’s the  third single off his album, “Peace of Mind.” Fans could not stop showering the video with words of appreciation.

The hip-hop rapper takes his fans on a journey of grief and loss through the video. Jay raps about dealing with the loss of his friend. He seems to be having a hard time wrapping his head around the tragedy signifying his disarray with “My Mind In A Maze.” The soft beats of the song go well with the gloomy backdrop.

The cinematography of the video does an excellent job of complementing the themes of the song. It sets an emotional atmosphere with scenes alternating with Jay in therapy and then the graveyard. Using these elements, the music video has been successful in touching viewers’ hearts and getting a few tears out of them.

We have  David Del Rosario to thank for the brilliance behind the music video. You can check out the video on Youtube and listen to the song on Apple Music, Spotify, SoundCloud, YT music and Deezer.

Jay Whiss is a budding Canadian rapper and songwriter. Jay had the honour of being a part of the hip-hop collective Prime Boys. In 2019 he decided to sign with Universal Music Canada.

He marked the beginning of his solo career with the 3-track EP Dark Clouds – a prequel to his upcoming album. He did not keep his fans waiting long for more music because he quickly put out his debut album, Peace Of Mind, in 2020.  The album features collaborations with artists like Donnie. It received an 8/10 rating by Exclaim!.

If Exclaim! rated the album an 8, then you definitely won’t regret giving it a listen. Let us know your thoughts in the comments when you do. 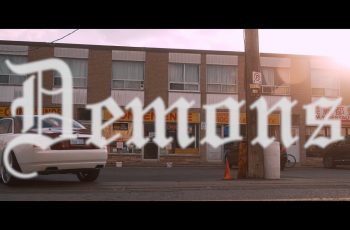