DUVY DROPS INSANE VISUALS FOR “OUTSIDE”

We can’t take our eyes off the fire visuals of the song, definitely great quality that we did not expect from the rising Toronto artist.

With a sick beat and dope rhymes, the song is starting to get really noticed. He says every video he drops is trending, and he is not lying.

Murda Beatz commented on his Instagram post that it is the anthem of the year. His fans agree that this song could be his breakthrough hit.

The beat and the song’s flow are perfect for the USA market, so if Duvy wants to go mainstream, he has very good chances.

Duvy has been working hard

The young rapper had started grinding in 2020 when he dropped “NightmareZ”, which is his most popular song to date. The music video has been viewed more than one million times.

Then he released a follow-up track called “NightmareZ 2” in March, and it did not disappoint.

The rapper has been very consistent with his music, and dope visuals are something he is starting to get recognized for.

Many say that the artist is one of those who started Toronto’s new wave of musicians and that he is authentic with his craft.

There have been some negative comments saying that Duvy just has a good video and a good beat, but the views say something different.

Check out Duvy’s new music video for “Outside” above on this page.

Leave a comment down below if you think the visuals for his song “Outside” are dope.

“We kick doors, we lunatic,

woke up right to shooting shit,

Perky got me feeling this (hmm) the vibe,

bad bitch, long hair, she fell in love with my vibe.” 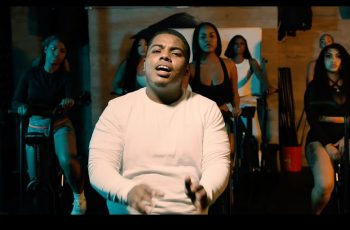 Smiley drops a music video for a catchy new song … 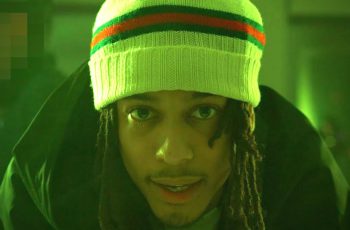