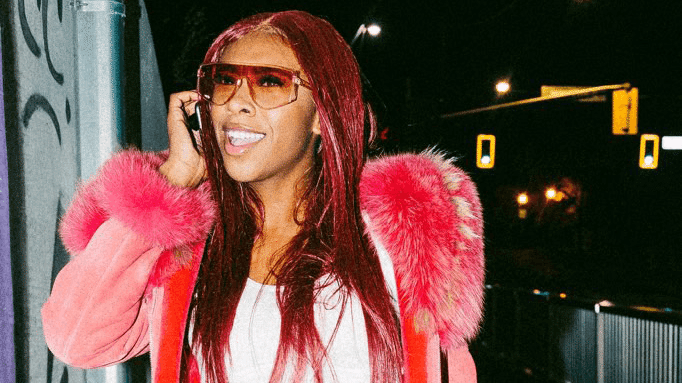 When you connect with music on that deepest level, nothing can tear you away from the art of songwriting. The feeling of going from nothing, or starting with the most bare bones instrumental and turning it into something wonderful is an addicting sensation. Zoe has been doing this since she was a young girl, evolving with her craft and turning into the amazing artist that she is today

Growing up in the outskirts of Toronto in towns like Ajax and Pickering, Zoe was raised by a loving and supportive family. Told from a young age that she can do anything she sets her mind to, the positive influence and glowing environment was always pushing her toward the right path.

Zoe’s first exposure to music was through none other than Hannah Montanna. Watching the show as a kid, this was what first inspired the young artist to have the ambitious dream of becoming a pop star. Aside from Hannah Montana, Zoe was also influenced by singers such as Lauryn Hill, Beyoncé ,Micheal Jackson, Aaliyah and Rihanna.

When Zoe was ten years old, her school gave out an assignment to write a song and dance based on a book they were reading in class. This was the first time that Zoe had ever recorded music, which was a love that she immediately took to. The song she wrote turned out so well that Zoe composed an email to a studio owner pretending to be her own mother, sending a copy of the track out along with the letter. The studio owner was so impressed that they sponsored her very first sessions, recording the song in earnest.

Pop Star in the Making

The video for her newest record “I Told You” has just dropped a few weeks ago and is an excellent showcase of this artist’s R&B style. Her silky smooth voice flows gracefully over this tune, which features crisp trap drums over a laid-back swelling sample. This sensual track is a great example of how Zoe creates her own spin on traditional hip-hop elements

Music continues to be an enormous part of this young artist’s life. Zoe says that she still does it today because “I truly feel like I would go insane if I didn’t”. She has already seen personal success from her artistry, with musicians who she grew up listening to reaching out and recognizing her talent. To her, music is a form of therapy, with her love of the craft split between the passion for its creation, the fulfillment of helping others, and the joy of entertaining those who spend time with her tracks.
If you want to tap in with Zoe and see exactly what her style is all about, check her Instagram where she’s always posting her recent photoshoots and candid videos from her life. The video for her latest single “I Told You” is on YouTube right now, give it a listen and see exactly the passion that this young artist exudes.

Bvlly, Toronto Artist Who Left Us Too Soon